So since the only advantage of using melon juice instead of water is 1 shank of hunger, and it sometimes comes with a few seconds of hunger II debuff that must eat up at least 1 shank… I guess I should stick to water? Or maybe try making mineral soda?

Try the other Juices, maybe not Melon. Some have better and actually positive effects.

I just noticed that all of the power conductor fluids also say that they are simple fluids.

Yeah because they basically are. But I will check if the Thorium Salt got accidentally mixed up with that.

That doesn’t make sense. A basic fluid means it can be stored in a wooden barrel. Power conductor fluids can’t be stored in anything, so these two traits are mutually exclusive.

Just checked and Erik indeed screwed up when he copypasted some pre-existing Powerconducting Fluid.

And I will also make sure that Powerconducting Fluids have in their Tooltip that you should not attempt to store them.

Edit: The Tooltip already says that soooooooo, read it XD

I am planning to release the new Version soon, but Bear is not available for testing (moving to his Winter Cave at the moment), so can anyone who already uses this Version please tell me if there is any Issues?

This Version is exclusively for Testing purposes and absolutely UNPLAYABLE, the Download yields whatever work in progress I have, which might be very savegame breaking or even crashing on startup.


Ofcourse please make sure your Test Version is up to date (because it is not, unless you downloaded it after I made this Post, and make sure your Browser doesn’t cache the Jar!)
2 Likes
system (system) November 6, 2020, 1:14am #400

Screenshot854×480
I added my own brand of Scaffolds, because nobody else surely has ever done that before. They are available in different Metal Materials and are Decorative and Ladder-able, while also falling apart if there is no structural Support.

Sorry for the delay, but I wanted Worldgen to be done before doing a Release that notifies people of updates. Maybe I should change the mechanic behind the update notification, however it is probably not needed anymore.

Here a few things that got posted recently, because I did notice that there was way less people around during my personal downtime.

All I can hope for is that MultiMC will update to fix this for 1.7.10 and older Versions, because the official Minecraft Launcher, last time I checked, does not exist for Linux in any workable fashion, because I click Linux and it downloads the Windows Launcher instead from the Downloads Page, and that pile of garbage doesn’t run either… This whole thing can pose an Issue for two Reasons. The Launcher wont be able to log in anymore and requires an Update. I am not sure how Multiplayer Authe…

A few days ago I got the Vaccine against the 4 common types of the normal Flu, so at the very least I got something, while Germany got hit by the second Wave of the Corona, because ofcourse people are stupid. Masks are mandatory in all public places nation wide now. And ofcourse people go to Doctors to get a fake Attest so they DON’T have to wear a Mask…, which is ofcourse illegal for the Doctors to do, especially since in 99.99% of all cases there is no medical reason that prevents you from we…

Seems like something nice is coming up on the Pi front.

And most importantly, the thing I would like to get, because it is awesome: Now a normal person should never get this as a Desktop, for that I would rather recommend the official Compute Module 4 IO Board. But the Turing Pi 2 can be quite useful for my plans. I can run one CM4 as Desktop, while running another as Network/Firewall/Download Manager, and still have 2 CM4s left afterwards which I can use for Test hosting Me…

6.14.03:
[COMPAT] Some Hardcore Ender Expansion Stuff has Material Data now.
[FIXED] An Issue with Rendering on some peoples Worlds/Computers.
[FIXED] Colorless Sapphire Boule Recipe was producing at a wrong rate.
[CHANGED] Some End Worldgen.
[ADDED] Magic Research Papers to Library Loot. So far only useful for Thaumcraft. Getting all 9 of them and scanning them with the Thaumometer in order will unlock all Vanilla and GT Aspects. They can be turned into Knowledge Fragments too.

After buying another PC and resetting it later for a mistake, i lost not only the work of the translation, but my will of playing minecraft whatsoever. But I did it again, and now i am pretty happy with the upgrades, but i detected a pesky problem: When i put black sand in the steel centrifuge, it cannot output Vanadium Pentoxide unless i feed it one by one. Why is this?

That is incorrect, you should just check the random chances in NEI by hovering over the output, you were likely just very unlucky and ended up creating a random untrue supersticion or something.

Also there is a Support Category on this Forum you know. 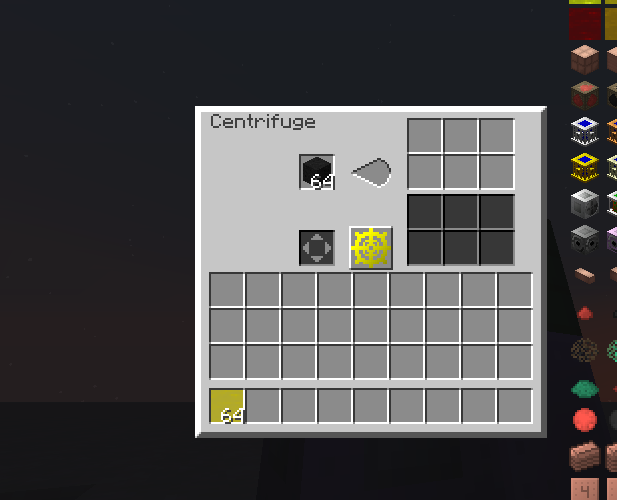 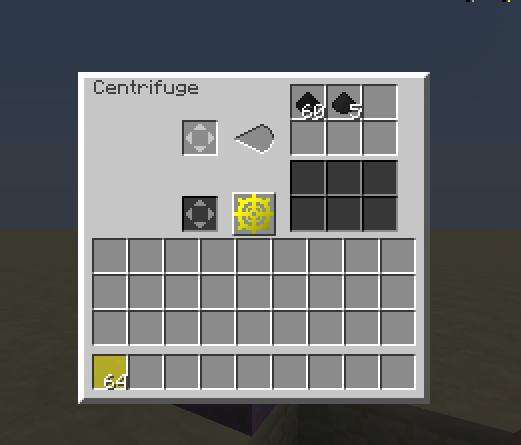 I was just very unlucky.

It goes as intended. Sorry if this caused troubles!

Hello again! I was watching the Anime (And later the manga) of Dr. Stone, and i cannot stop thinking about the similarities with Gregtech 6. And I thought of some curious suggestions for an upgrade:

Hehe nice, but I don’t really add new stuff to the Tech Tree, not to mention most of these Materials would be kinda useless for Gameplay due to that.

wait… You didn’t denied the processes!

Finally, no more Birkeland-Eyde process.
Or it will continue?

wait… You didn’t denied the processes!

uhhhh, I dont think i accepted it either?

oh, ok. Thanks for the answers btw!

We are working to migrate to github actions so we can get rid of the old CI, version may not be out yet but it should be very very soon.

6.14.04:
[NOTE] Released a tiny bit early due to testing GitHub Actions to Release GT6 instead of using a Solution on our own Server.
[NOTE] The URL leading to the Supporter Lists links to something that runs on a different Subdomain, so that it is easier to distinguish the traffic when using something like Pi-Hole as your DNS and Adblocker, as I happen to do since last Release. This probably doesn’t matter to you though. The old Link is ofcourse still usable.
[IMPROVED] Ores that generate between two Stone Layers are now no longer stopped by other Mods equal Blocks (like comparing GT Marble with Chisel Marble, both should obviously count as Marble, which they did not before)
[IMPROVED] Basic Machine Input Tanks now have Capacities based off the actual Recipe Inputs. That way a single huge Recipe wont mess up automation of the many smaller ones.
[FIXED] Some minor Inconsistencies.
[FIXED] Insanely large Capacity Pipes had Integer Overflow Issues.
[FIXED] 1 Liter of Fluid sometimes remaining in Pipes.
[FIXED] Quadruple and Nonuple Pipes had flow direction Issues, because flow direction was per Block and not per Sub-Pipe.
[FIXED] Miniature Portals for the ExtraSimple fork of ExtraUtilities.
[FIXED] Durability Loss when Treecapitating using the GT6 Axe, which was using way wrong calculations.
[CHANGED] Wrenches from Buildcraft and similar Mods can now be crafted again, but if you use them for anything GT related they will instantly break without refunds.
[CHANGED] Flint and Tinder now has a higher chance of success in certain cases, where there is a specific Material used to craft it.