Was going to post this in an issue but didn’t think it was appropriate, I’ll just drop it here. 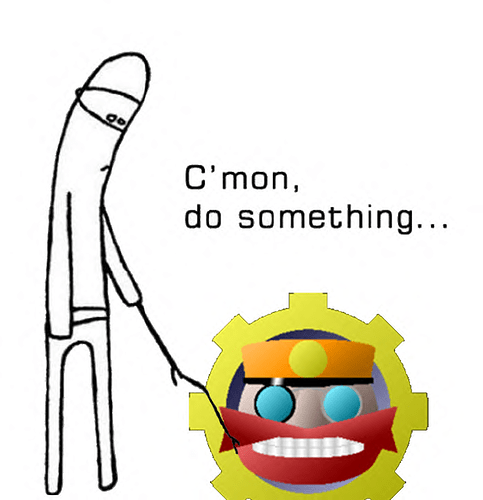 Been watching the repo for a few months now, very sad

Somehow I am still stuck doing GT6. XD
As for that, thinking of a way to get the Food Crop Stuff atm.

Though considering that I do not want to migrate my MC Account (though I might end up doing so anyways), I might end up starting Mechaenetia properly somewhen in the middle of next year.

Why not try to learn Rust? Maybe you can be MN’s first modder

Yeah I had quite a few motivational Issues the last two years or so. I am trying multiple ways to get out of that low point since when I originally noticed that it happened.

And some ways did help at least a little bit (reorganizing Stuff that I had on mind for a while, drawing Stuff that I wanted to finally have a more concrete Image for, etc), while others (such as playing Factorio or Dwarf Fortress) did not really help (which is why I stopped that specific attempt in Summer).

Right now I am attempting one of the last 2 Ideas that I got, which is putting most of the regularly watched Youtube Videos off for a binge watch on Sunday, so they dont interrupt my flow whenever they normally come out.

The very last Idea that I do have, which I am personally not a fan of at all, is actually getting into shape, at least when it comes to actually physically moving/walking from time to time, not in the sense of losing weight. I really hate physical activity, and most of the time I hate being outside too depending on weather.
But even if I resort to this, it would basically have to wait until Spring next year, because my Lungs cannot handle temperatures below 4°C for more than 5 minutes, which might also be caused by the lack of fitness.

I would feel demotivated when I’m reinventing the wheel also. It might be worthwhile trying to make the initial prototype in unreal, unity or godot (I know your views on these aren’t favorable). Yeah Amethyst might be great but for a single man team, I feel like results are the best motivation. Maybe after a month or two of development in one of those other engines, you can migrate over to your engine of choice or maybe you’ll see the light (who knows?). Just my two cents.

Just so you know, I used Unity once around the time i started MC modding and hated just how badly it behaved overall, and is the only program where I managed to crash the System with the Automatically generated Hello World Program.

And writing something in one engine just to move to another, would get me WAY demotivated when it is time to move, so that is a shitty solution overall. The issue isn’t how hard it is to learn, it’s to start in the first place. And your solution is quite literally “take what you know and do it there” which is equal to “continue GT6”, which somehow is what I ended up doing yet again…

I am not a professional Programmer, yet I also want to do everything right, that’s a lot of uncertainty at once for me.

For a game like Mechaenetia I think optimization is going to be key. It’s probably going to be too inefficient to build it on top of a generic engine.