Hello! During my progression over the GT6 season finally reach the far planets, and was kinda frustrated finding no GT ores around, actually there was some rocks, but that’s it. After that I checked gen.cfg file and find out what actually different planets not covered with generation(Mars have perfectly great generations, aswell as the moon)
Frugher searching led me to this topic and there I finally got Greg’s point about adding oregen to different GS worlds(unlikely)
Sooo… due to my strong feeling(even need) of reaching far far places, and to make them as rewarding as hard(with some rare ores/materials for example), I suggesting to modify worldgenerationnew.cfg to add some veins to the planets

And I got few questions here:

An finally - if someone already find answers for all those questions and create some specific world generation config for galaxyspace planets, i would sooooo happy to get this config… (that’s unlikely though

Hrrm, I am not actually sure my Worldgen for Ores works on the GalaxySpace Planets, you say you found Rocks, yes? I would then suggest checking the Config part that generates Rocks on the Surface and see if the “Name” of the Dimension is listed there.

When it comes to the Configs themselves there is one simple Rule: Dimension Names are only ever listed if some Worldgen has ALREADY TAKEN PLACE in said Dimension, otherwise GT6 simply does not know that Dimension even exists in the first place, nor which generator to use for said Dimension.

If you want to make super sure something generates add both variants of the default into it such as, for your example if it is proper:

This way no matter what the Default happens to be, it will pick “true”. Though if the default is true one might argue you only need to add the “_false=true” Line.

Now for the REAL Issue, GalaxySpace has two very different Versions for 1.7.10, and I do not have Ore Blocks for them due to some Block Name chaos they caused by removing half their Features in the later Versions… This practically means even if you would set Ores to generate, they either end up being vanilla Stone Ores (and look ugly as fuck) or they end up not finding any Stone to generate in.
I dont know which of the two happens because testing GalaxySpace is a pain in the ass, at least it was last time I tried.

If you want Ore Veins, you will have to use the GT5 Style Veins. For this you need to use the Config File aptly named “old_barely_used_gt5_style_garbage_worldgen.cfg”, which perfectly reflects my personal opinion on the Stuff Past-Greg has done.

Then set this Config to a Number that is not zero, depending on how many different Veins you want to add. This example adds 12.

Then launch the Game once, so the Config can populate the Custom Ore Generation Slots.
And there you have it then, just search for the custom section where it likely says “NULL” when it comes to generating Ores, and replace the NULL with the Ore you want to generate. Then use your knowledge to set all the dimensions to what you want them to contain, and i mean ALL of them, Overworld, Nether, End, Moon, Mars, they all may need to be set to “_true=false” so they do not generate on anything other than your Planet.

Do you think this process is convoluted garbage? If so, yes I know…

I’m playing with almost newest code (except hydrogen power cell), and just visited Moon. Can’t find any GT6 ores (except small). Maybe… something broke? I can find ore rocks on surface though.

According to my Code there is GT5 Style Ore Veins on the Moon, so I am not sure what your Issue is, especially if Small Ores exist then Large Ores have no Issue existing too.

This commit is suspicious: Ore Blocks should now cause less scheduled ticks during worldgen · GregTech6/gregtech6@9acf5fc · GitHub . I don’t know what it does, but previously I didn’t have it, and explored Erebus. Found ores, as expected. Now I’m exploring Moon, and can’t find ores… just small. In past worlds Moon ores were quite easy to find, so I am quite suspicious, that something broke.

Wow, thats a lot, but defenetly i will give it a try, thanks!
p.s. yes rocks generates on every planet, some planets have only “space rock” and “meteorite”, and some also have various “ore bearing” rocks, but nothing below them

Small probably means generation is works, do you see rocks at the surface?
As you can see, ore gerenation at the moon has some “grid” pattern with 3x3 chunk cell: 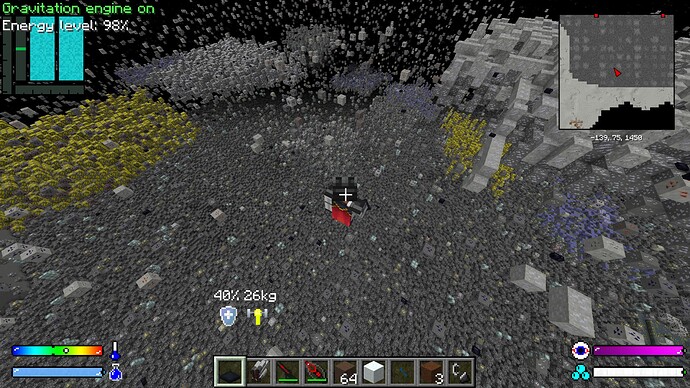 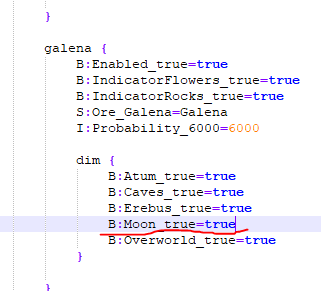 But as i said above, sometimes that line do not lead to actual generating, always worked for me with moon and mars though
2 Likes
Gregorius (Gregorius Techneticies) May 12, 2022, 7:36pm #8

That Commit is for Gravity Blocks to receive scheduled Block Updates a few ticks after they have been placed. These updates were supposed to only be for things that need them and not LITERALLY EVERY PREFIXBLOCK THAT EXISTS…, so now only Gravel/Sand Ores and flammable/explosive things will receive those scheduled Updates.

Basically I check BEFORE scheduling the Update now, instead of after.

You will have to use the Custom ones, the already existing ones do not even consider that they could generate there.

The whole Custom Ore Slot thing also applies to the worldgenerationnew.cfg for small Ores and Bedrock Ores. And for Bedrock Ores I can guarantee that those WILL generate if you use the Custom Slots.

Remember, do not use pre-existing Slots, those have a crapton of special cases attached to them in regards of optimization.

I finally found ores. But there is still something weird… Maybe I’ll discover what.

Okay, some update, checked the original generated by gt6 old_barely_used_gt5_style_garbage_worldgen.cfg file, and there for example 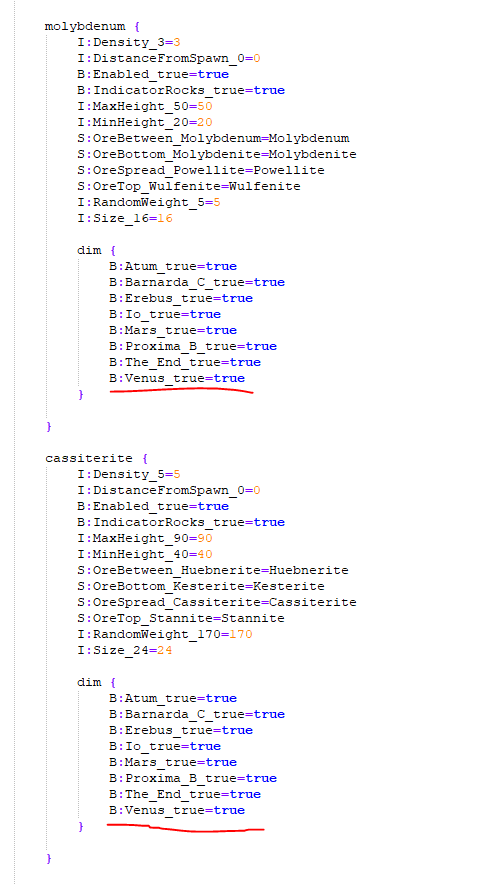 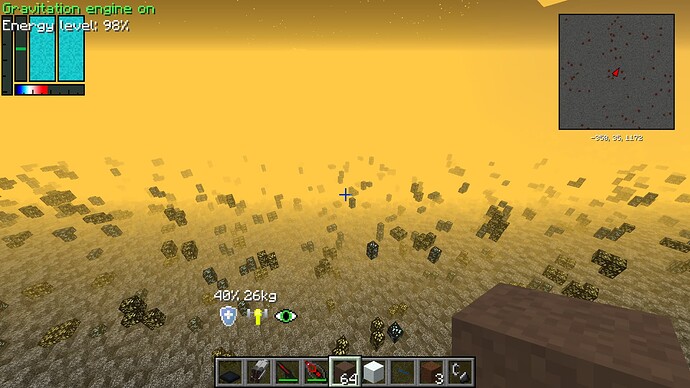 I wasn’t clear enough about this apparently, you MUST add Custom Slots or else shit ofcourse will not work.

The “already existing” things, will NEVER EVER EVEN ATTEMPT TO TRY to generate anywhere where they are not told to by GREG. That is why you MUST use Custom Slots or else NOTHING WILL HAPPEN.

Hmm, so this autogenerated config more like a permission/configuration for the world gen engine, not an actual generating instruction

Hrrm, I guess my Ores wont generate in GalaxySpace, however you can still enable the Bedrock Ores, since those require Bedrock and nothing else.

Just remember to use Custom Slots, or else you will end up not generating anything.

Well, actually adding rare bedrock ores with good density would be good enough, but what would be even better - some new bedrock ores, like osmium for example) something rare yet very useful to put at other solar system)