Would it be good if carbonaceous fuel (coal, lignite, peat, coke, charcoal, petroleum coke) can be gasified into coal gas and burnable in gas burning boxes (and possibly engines)? I think it would be especially useful for heating the crucible, since gas burning boxes turn off instantaneously.
I found that GT6 does has carbon monoxide, but it seems not to be burnable. Perhaps it would be easiest just to make it burnable? Production of hydrogen from carbonaceous fuel would also possibly be useful though.

While coal gas may be used in internal combustion engines IRL, I think it would possibly deincentivize distillation tower setups since those are way more expensive and complex. So perhaps make it burn in gas turbines but not engines? And perhaps somewhat less efficient than fluidized bed combustion since fluidized bed combustion needs more complex setup for molten calcite, ashes, and steam.

I think this is way more complicated than just Carbon Monoxide. Coal gas is a flammable gaseous fuel made from coal and supplied to the user via a piped distribution system. It is produced when coal is heated strongly in the absence of air. Town gas is a more general term referring to manufactured gaseous fuels produced for sale to consumers and municipalities. Coal gas contains a mixture of calorific gases including hydrogen, carbon monoxide, methane, ethylene and volatile hydrocarbons together with small quantities of non-calorific gases such as carbon d...

Definitely way more complicated than just carbon monoxide. But since there already is carbon monoxide, and that one is definitely combustible, I think it might also be an option to just give burning values to existing carbon monoxide gas.
Also, coal is more complicated than just carbon. Speaking of elements it also has hydrogen and oxygen and so on. And it’s because of this hydrogen content that the gas generated when heating coal strongly in the absence of air contains hydrogen compounds including hydrogen and hydrocarbons.

Oh, that may need to add a pyrolysis furnace, which is what I want to add. But at present, Greg is lazy. He doesn’t seem to want to make this too complicated. Even though he promised two years ago, he hasn’t joined.
In addition, some uses of carbon monoxide in gt6 are unknown. It seems that it is only a by-product of some chemical reactions, and can not even be used as gaseous fuel. It can fill the laser, but it has no use.
In addition, if really want to add a pyrolysis furnace (although it’s unlikely, Greg doesn’t care about GT more and more. Last time, he edit the code a little after 10 days on GitHub), I hope the texture will look better. The texture of gt5u is fxxking shit.

Please dont conflate me playing factorio with a fellow factorio addict as me not caring. XD

Oh, what else can factorio learn from GT6?
Carbon monoxide is really useless. It can’t even be used as a fuel as in reality.
Maybe you can add a recipe like steam + coke dust = water gas in new machines such as reforming reactors.
It’s 2022. GT6 has been six years. It’s time to add some promises.

Happy playing Greg. Just come back when you like. 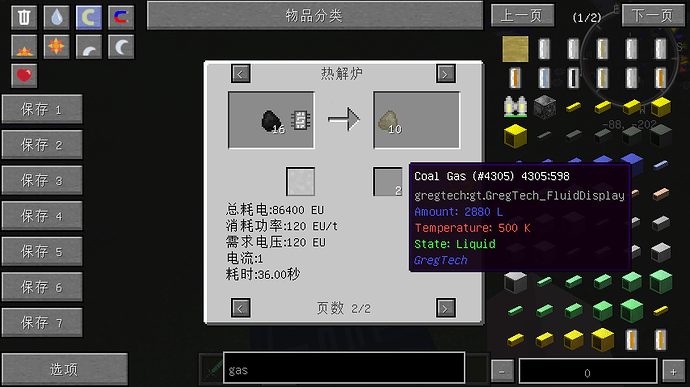 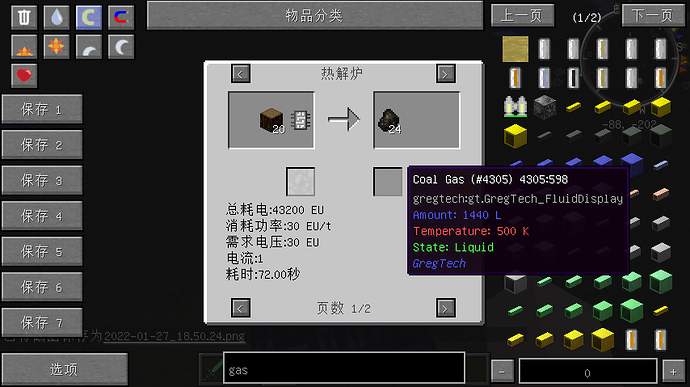 You can always submit PR’s yourself too you know.

Supercoder’s GT6 gun mod adds coal gas too while we’re at it.

GTWW 0.1.0 has released! More information is down at the bottom. Link to my GT6 addon, GregTech WeaponWorks. As the name suggests, this addon adds weapons that go along with the bullets that Greg has added. There is a pistol, submachine gun, sniper, and a blunderuss. GTWW also provides some utilities such as new portable tanks and 3x3x3 multiblock tanks created out of galvanized steel, as well as new petrochemistry to create oil products from liquefacted coal. Using QwerTech alongside GTWW is r…

No clue if this thing is still updated for current gregtech, all I remember is the coal gas being sorta overpowered.

Bit of a rambly off-tangent but: by the way @Mr.CHEN

Frankly, I find that attitude preposterous. You’re fairly active in this forum so I remember a few of your posts, and the general feel I get from your post is you saying that “greg should add x and greg should add y, why is he ignoring my requests? I want him to add stuff I want!”

Greg has been developing GregTech as a whole for roughly a decade and has been developing GT6 for 6+ years and he’s on IRC all day ready to answer anyone’s questions and is more than ready to fix any reproducible bugs that are presented to him, or even fix/improve broken interactions. One time I was playing on a server with a guy that wanted to make a base as far as possible from any water sources, and I thought of melting down snow in a crucible. Turned out to be a bit of a broken interaction because you couldn’t actually pour the water from the crucible, because crucible code and other things. So the guy just rolls up his sleeves and hey presto, less than a day later he’s got a development version with several brand new snow to water conversion, when I hadn’t even asked him anything. That right there is antithesis of lazy in my opinion.

You want something only you want done and you want it done quickly? Maybe you should take a page from your book and add it yourself then. As Overmind said, you can make your own pull requests for stuff you want if you’re not lazy.

And definitely not idle, there’s been over 2676 commits in git just since it’s been public, and a whole lot more before that, with builds happening on an almost multi-daily basis, he’s anything but lazy. But again, it is open source, feel free to open PR then the code can be hashed out and finalized then merge! ^.^

Apart from times when that guy above me decides to play Factorio with me, then suddenly everything crawls to more than just a halt. XD

/me coughs and hacks

This post is a little off topic
My idea is too selfish. I’m sorry