Why some of GT's booster tracks behave so badly when climbing slopes?

When I built my own railways with Titanium tracks I found it weak at climbing slopes even if one step at a high spped! Even like this 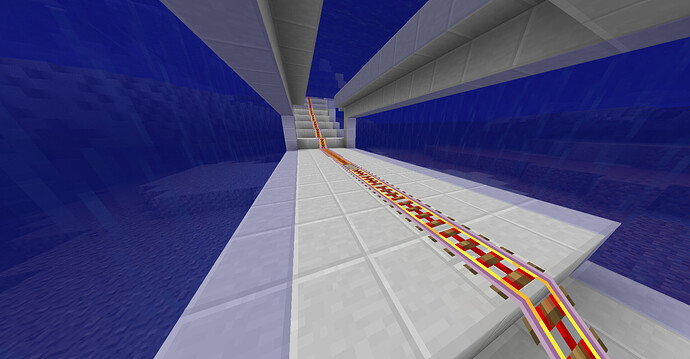 2021-08-09_01.34.301920×1001 291 KB
it cannot step it in all situations unless I pressed W continously.Then I tested with several types of GT’s tracks, vanilla tracks and railcraft’s tracks by exprimenting their abilities to climb a same slope. I tried several times in order to giving the cart the least initial speed, and they who can climb the slope can always climb without any mistakes but the others aren’t. 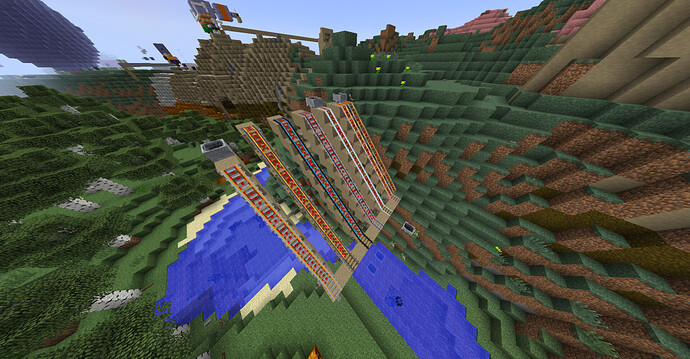 Can you test this without Railcraft installed?

All tracks worked the same.

Found the Issue, the Cart COLLIDES with the solid Blocks below the Track if it is too fast. Easy fix would be for me to just put a speed Limit on sloped Tracks that matches the vanilla Limit.

But how could Railcraft overcome this issue on H.S tracks? It’s multipler was 2.0x.

I just looked into Railcrafts Source after fixing it myself and Slopes in Railcraft have a max speed of 0.45, which is only a TINY bit faster than Vanillas 0.39, High Speed Rails on the flat Floor have a max Speed of 1.1.

This is roughly 2.75x faster than Vanilla Rails, … and makes them faster than my fastest rails, which are 2.5x faster… (I guess I need to buff that to 3.0x)

In order for Railcraft Rails to allow a high Speed, the next Rail needs to have the same orientation as the Rail the Cart is currently on, and both Rails need to be Flat.
This prevents the Bug where at 2.5x the speed or higher speeds, the Cart crashes into Slopes, before it even is on the sloped Track itself.

I somehow managed to GUESS the same Solution Railcraft has, and made it so that for my High Speed Stuff you also need a flat straight Track of 3 Rails (one in front, one behind), and otherwise the Cart will cap at normal Vanilla Speed.

I think I need to tell you another severe issue again. Cart is too easy to slide out of the railway from the turning curve which is made with higher-speed tracks(>1.5x). And when the speed is exactly 1.5x the issue seldom happens. All the test was done on the ground, no slopes.

Would that Issue be fixed if the Cart slows down to 1x speed right before the Curve? Kinda like the recent Bugfix in the Release does? Unsure if you updated yet. ^^

Nope I haven’t update yet. But neither 1x nor 1.25x(steel tracks) speed doesn’t cause the issue. Maybe you can adjust the curve speed too.

What i said is it is ALREADY adjusted in the way I did things. That’s why I asked if you updated.