Why does fluid stop in the middle of a stretch of pipe?

I’ve been having some problems with fluid pipes. I have a few tanks for some gases and I fill them through a common nonuple fluid pipe and some single fluid pipe with a filter. At first I used a cover filter, but that didn’t work very well. For example, examining the pipes with a magnifying glass revealed that one lane of the nonuple fluid pipe was full of a certain gas up to a point where it simply stopped flowing (the pipes contained 0 of that gas from that point on). Nothing got into the tank. Then I replaced all the covers with block filters, hoping that would solve the problem. It seemed to work, but today I encountered the same problem. I tried to add some tank extenders to limit the slushing of the fluids but the problem persists. Is this normal? Am I missing something? Or are the pipes buggy? How do I solve this?
I can post some screenshots if needed, but as it’s a pipe, it will take a few.

Yeah get some Screenshots, this seems like your setup might be broken slightly without you noticing where your mistake was. Unlikely a Bug but it might be.

First is the electrolyzer output, which works fine. The third picture is in the basement below the electrolyzer and then I made some screens following the pipe. The last one shows the whole stretch of the nonuple pipe but it’s a bit messy.

EDIT:
Oh, first is the bird’s eye view.
The electrolyzer is under the solar panels. 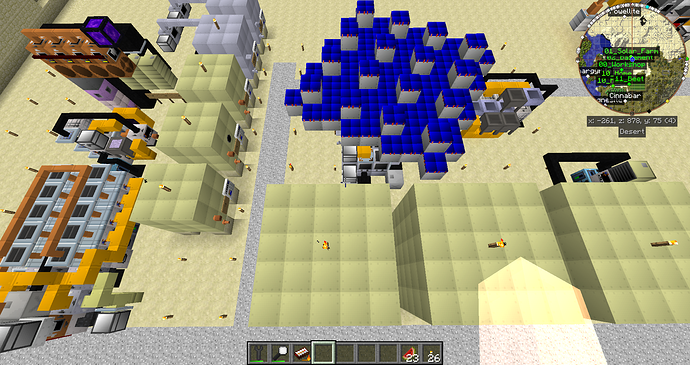 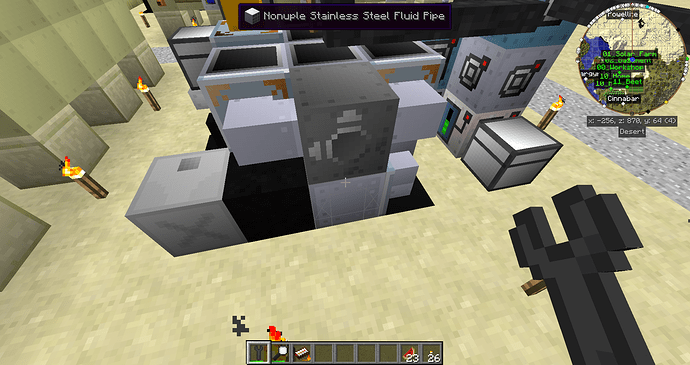 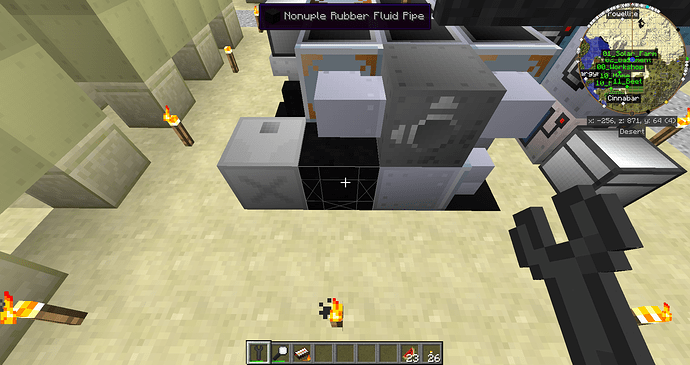 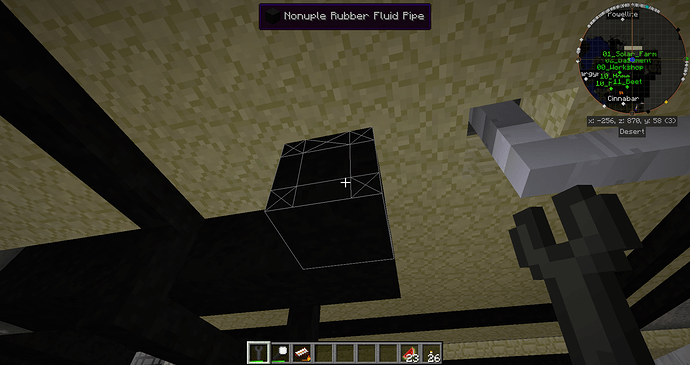 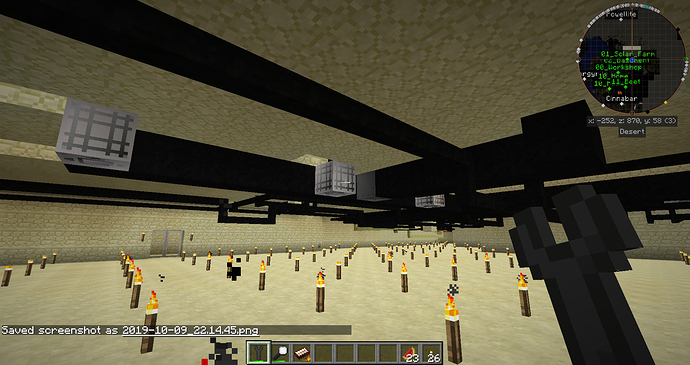 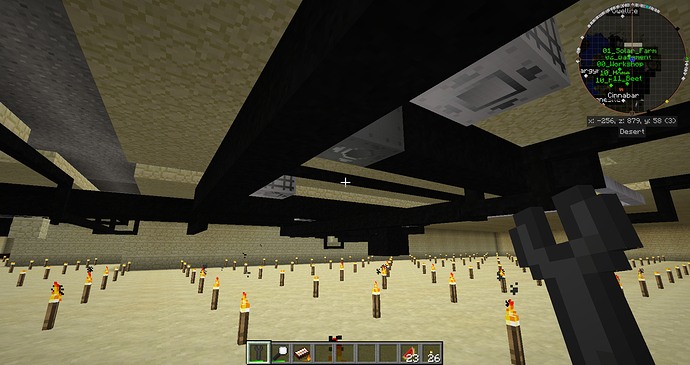 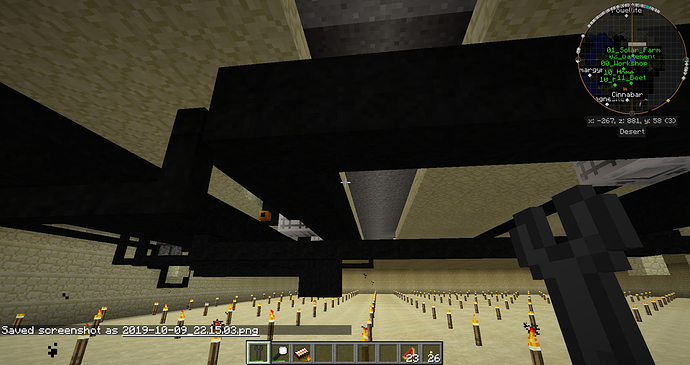 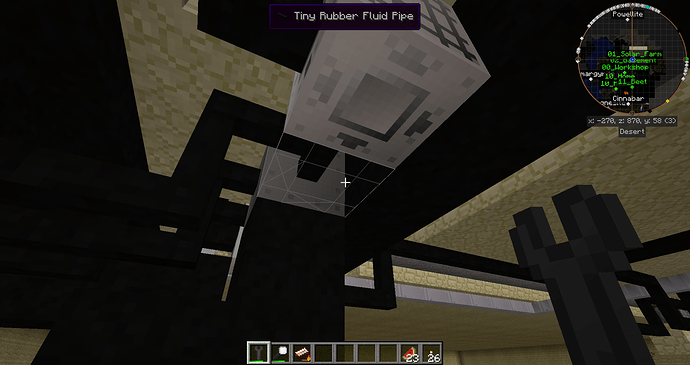 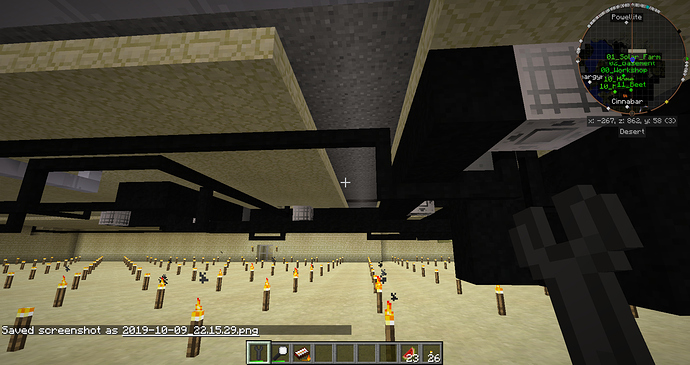 Okay maybe explain the actual Problem you have here step by step, that might help more than the Pipe XD

The problem is that even though the source and the sink are connected with a fluid pipe, there is no fluid transfer. Here, have some more pictures

It seems to have something to do with the branching, even though I switched to block filters and added tank extenders to prevent slushing.

EDIT:
The first two pictures show how the pipe content of hydrogen drops from 200 L to 100 L at the first filter, which does not accept hydrogen. Then it drops from 100 L to 0 L at the next filter, though not in the same block relative to the filter (hydrogen is supposed to flow right to left in the first two pictures and left to right in the third one). So one block to the left in the third picture has 100 L H2. And nothing gets to the third filter, which filters hydrogen. Also, the hydrogen content is static, there is no global or local flow in any pipe. Another thing to note is that hydrogen is inserted into the pipe with a tank extender and it can flow in two directions. The first I just described, and the second is a dead end with no hydrogen filter. There are two other filters though, but the content is 200 L anyway. It might not have anything to do with filters, it’s just an observation. Fact is, though, that the content is static and goes from 200 to 100 to 0 before entering the hydrogen tank.

EDIT2:
I tried to disconnect the pipe in a few places and a little bit of hydrogen went into the tank (just emptied a few pipes). When I reconnected the pipe, the point where it goes from 100 to 0 moved closer to the tank (it went past the 2nd filter). Still no flow though.

EDIT3:
Did it again and H2 started flowing into the tank. Then I disconnected the pipe at the tank extender that inserts the hydrogen and connected it again after about a minute. Same situation as in EDIT2, except it goes from 200 to 176 to 100. Actually… I didn’t check that it EDIT2, might have been the same. Anyway, no flow. If I fuck with it a little it starts flowing, I doubt that will last long.

EDIT4:
Now N2 and SO2 stopped flowing from the centrifuges. O2 seems to be going, still. 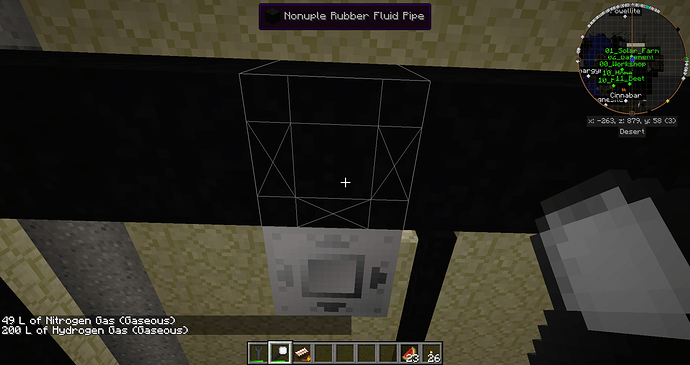 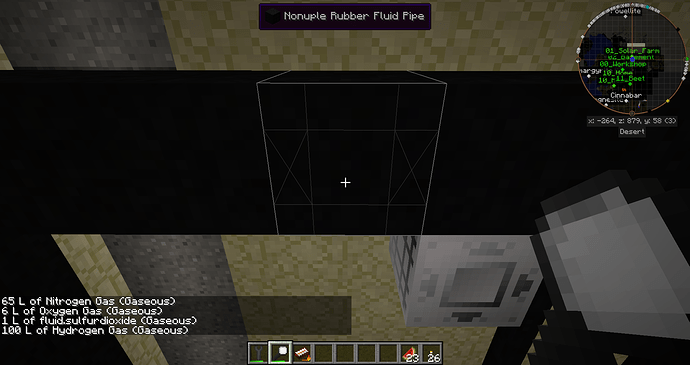 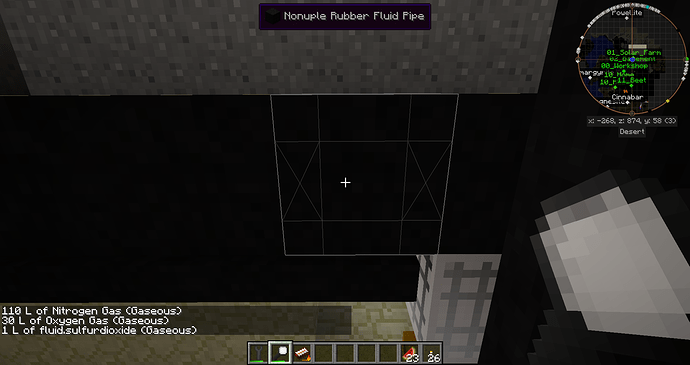 So you are doing One-ways on the Pipes? Yeah that can reduce the overall throughput if done wrongly.

I thought slushing was a problem and this would reduce it, if anything.
Why does this reduce the throughput down to 0?
Would it be better to just have nonuple pipe connected straight to the tank with a filter cover or nonuple pipe->filter+drum->pump->(pipe->)tank? The latter is what I have in a few places on my distilled water return pipe, hoping that it reduces slushing.

EDIT:
What is the best option when you need to fliter multiple fluids mid-pipe? Multiple cover filters and some extra nonuple pipe?

Two Cover Filters both the same filter fluid but one of them inverted to let the other fluids continue onward.

Just make sure the Filter is actually Inverted, maybe the setting gets lost when you have that filter in your inventory, because mixing different data storage systems ends up in chaos.

So that works just as well as drums?
And when I need to filter multiple fluids I do so separately and merge the pipes afterward?

It’s interesting, though, because I’ve never had any problems with single pipes and filter covers.