Steam in pipe,and the flow is not stable

I made those mechines to produce 384 su into steam turbine,but in some case the steam’s flow is not stable,sometime is 400+su and sometimes is 200+su. 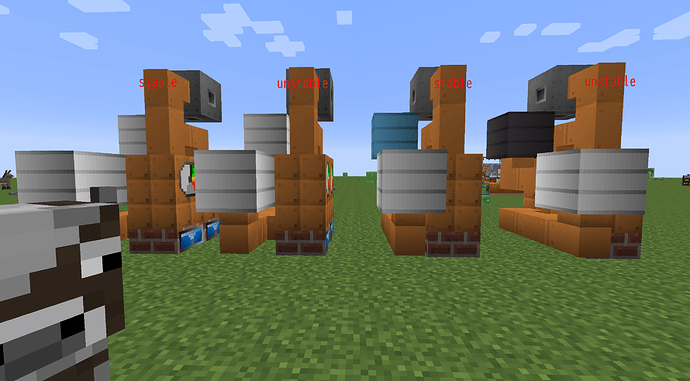 22560×1417 379 KB
But I made 4 same structures again as shown in the picture above,2 structures is work well,other 2 has same problem as I mentioned before,by the way,steam’s transmission is in one block,and the steam boiler is using distilled water.
4 Likes
Gregorius (Gregorius Techneticies) September 10, 2021, 12:22pm #2

uh, darn it, I wish I could fix this type of Issue without fucking over everyones Setups. So I can only suggest the following options:

A: Ignite the furthest away Boiler first.
B: Use Pipes that are as small as possible for the throughput you need. Never use bigger Pipes for transporting Steam.

for the sake of clarity, what is actually happening?

emm,I tried the suggestion just now but is still not work nornally 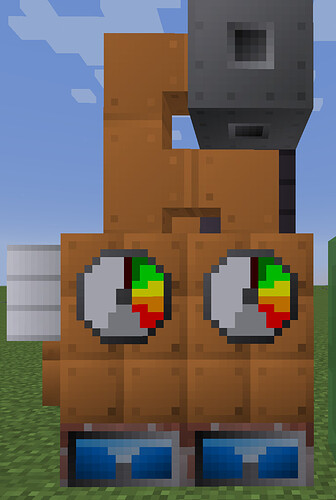 image797×1184 110 KB
Using those machines to generate steam but sometimes the steam is flow randomly.Normally,use same pipe to transfer fluid,output flow should be sum of inputs,isn’t it?
2 Likes
OvermindDL1 September 10, 2021, 3:01pm #6

for the sake of clarity, what is actually happening?

In short, sloshing, though in detail a bit more convoluted.

Honestly I wish fluid pipes in GT6 worked like Item pipes did, a pipe could even cache the endpoints it has to distribute between and if a side fluid inventory changes on any pipe then it can replicate down the entire pipe ‘network’ to clear the cache so it gets rebuilt as the network changes so it can rebuild the cache on the next fluid insertion call. Would make fluids a lot faster on the CPU too and probably use less memory overall as well, but at the cost of you wouldn’t be able to easily detect how much fluid is flowing ‘through’ a pipe unless it is the entrance point unless that was recorded in each as well, which is just a lot of needless cost.

Another way is to not use that 3rd pipe on the top and directly connect the turbine to the 2 pipes above the boilers.

What is the sloshing anyway, why not just have the pipe network act as a barrel, fill up as a single entity and output from all sides. I thought that’s how things had changed in the recent update now that pipes say ‘–in fluid network’ when you click on them with a magnifying glass.
Is there a requirement to have the pipes act as separate containers of fluid?

Different paths of the pipes can have different sizes and thus would distribute differently, thus having it all act as a single ‘fluidtank’ would make the various sizes of pipes moot.

You could take an average of all the pipe sizes connected and reduce flow to all connected devices equally but it would heavily simplify the piping mechanic, also it would be weird if you attach say a boiler and turbine to two sides of a huge pipe but then add a trail of mismatched pipes tacked on like a tail to another side of the pipe. It would need to calculate and reduce flow based on all those extra pipes.

I suppose you could calculate closest paths from generators to receivers and work out the flow based on average pressure + or - the pipe sizes in the chain but then things start getting complicated again, especially with modifying them on the fly.

Anyways, the solution for me is to ALWAYS have only ONE pipe from boiler to consumer where possible.
Having larger pipes also seems to mitigate any such issues for me because there’s always room for excess to move rather than it being restricted. Though the opposite could be true, restriction means there’s only one direction the fluid can be moved, eliminating sloshing.

If i need 3 or more boilers of some type then i re-think the setup completely and replace those boilers with a stronger one instead.
That is, those two boilers you are using could (in theory, in practice they can’t) be replaced with one 384 steam/t boiler.

I assume you want a steady 128 ru/t output, right?
Since there’s no “batteries” on any steam based setup short of a dynamo setup, you’d be better off using another means of energy generation. Such as diesel engines (and gearboxes if necessary) instead of steam.

Steam past the early days of GT is completely useless until you can do the large steam->dynamo setups.