I am trying to figure out how to make stainless steel. The NEI recipe only show how to produce it from stainless steel dust and I don’t see how to make the dust. From Reddit, I see a recipe using 6 iron, 1 nickel, 1 chromium and 1 manganese, I tried this ratio using a crucible and it failed (got iron, nichrome and manganese). What is the recipe ? Does it need air like basic steel ?

Thanks for your time

Put the Nickel or Chrome into the Crucible once stuff is molten. Getting the order right is important, or else you get Nichrome instead of Stainless Steel.

Thank you very much.
I am struggling quite often to find that kind of information. Is this website (GregTech 6 - Official Feed The Beast Wiki) the official wiki ? It would be very beneficial if more recipes and tips like this one would be written on it.

Its the Official FTB Wiki, but not a GT Wiki. A GT Wiki doesn’t really exist so the FTB one has to work for stuff that I did not explicitely mention in my random Earlygame Guide linked on the Download Page. ^^

you must search recipe in crucible combination tab

Hello!
Small tip : to find recipes for alloys you should look at desired ingot recipes, then you can find it in “crucible combination smelting” tab, such recipes not visible for dusts or plates, only for ingots\nuggets\chunks

I never needed to melt the stuff in any particular order. *

Here’s the recipe for it. 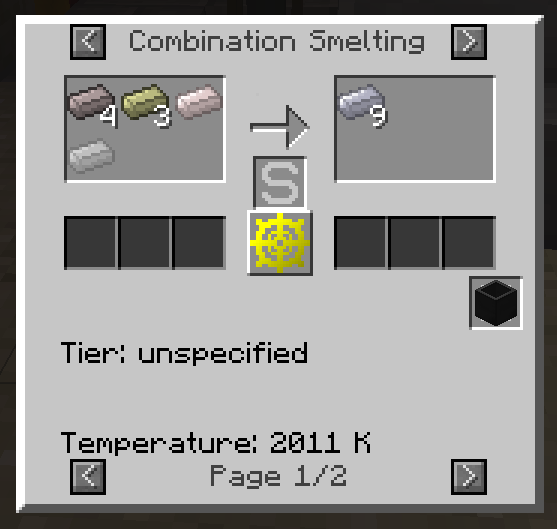 Note how it requires:

*Also note, i don’t make invar in the same batch. Of course you could do… 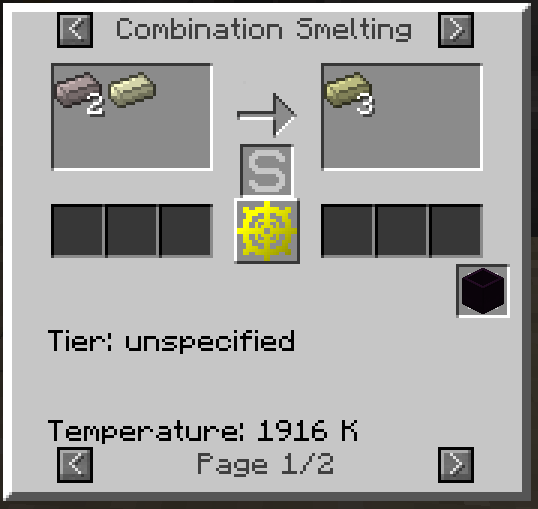 In the same batch, but then the order does indeed become important as this is the recipe you’ll get FIRST if you have any chromium in the crucible with nickel in it. 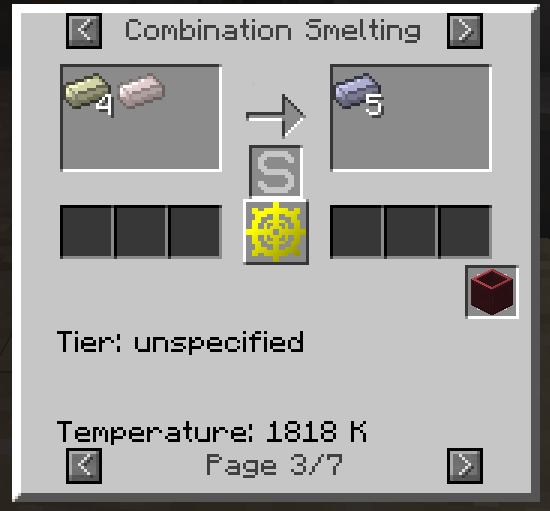 NOTE the lower temperature than the invar recipe. This is why your batch fails.
Hence, i NEVER bother making alloys from stuff that isn’t exactly what the alloying recipe calls for.
I.E, i make the invar first and only use invar in the stainless steel recipe.

Wrought iron is the only thing i substitute regular iron for. But that’s because wrought iron and iron are essentially the same thing, just different temperatures.

In summary, make invar first and use that as the ingredient.
Or you’d have to ONLY throw in chromium after the temperature has reached 1916K