Red alloy wire connected to blocks of Thermal Expansion 4 will cause crash?

Ffffffff I sent the wrong report. This is not the report of the above crash. 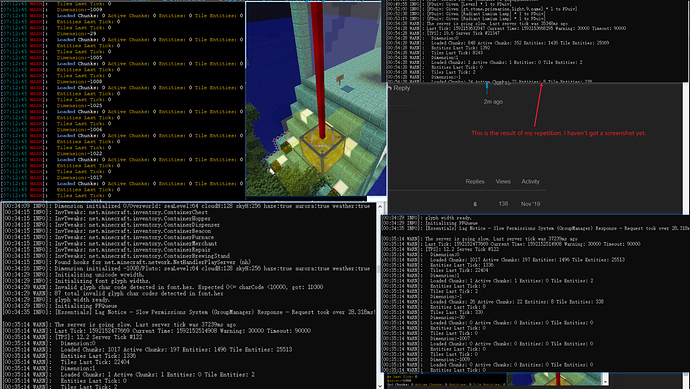 So I see this as being the cause:

You have a Mod called GalaxyAdditions? That is the one that crashes, not GregTech or Thermal Expansion.

This situation occurred three times. When Red Alloy Wire was activated, the server had the above problem immediately, So I had to use the editor to repair the archive, and the problem was quite serious and the Chunk would crash when loading. I don’t understand why such a serious bug went undetected.
And…this has nothing to do with GalaxyAdditions

Yes it has 100% to do with GalaxyAdditions, the Exception literally comes from that Mod. Please Report it to that Mod as I cannot help you with something that neither comes from Thermal Expansion nor GregTech, even if the connection of those two Mods somehow triggers it, it is still GalaxyAdditions Code that is at fault for this crashing in the first place.

Edit: I can even tell you why this happens, GalaxyAdditions somehow tries to access Textures while being on the Server even though Textures do not exist on Multiplayer Servers at all. That is quite literally where the crash came from and I have no Idea why the crash would happen in this weird Situation, but there must be some exceptionally terrible Code on GalaxyAdditions Side for this to be caused when GregTech and Thermal Expansion Blocks interact.

The way to know for sure is try loading a copy of that save without galaxyadditions.

I’m curious at looking at this though, can someone link me the GitHub repo of that GalaxyAdditions?

Sorry, I seem to have sent the wrong report. Can you analyze the reason again:(

From that Screenshot, do you mean that the Server freezes the moment my Red Alloy Cable touches the Thermal Expansion Lamp?

Yes, please believe me. Including this experiment, this is the fourth time. If you can, I hope you can try it in person. （TE4 Autonomous Activator（I used it to make a stone brush

Wait where does the Autonomous Activator come into play? Is it the Activator or is it the Lamp that causes this with my Wires? The difference is important!

Wait, maybe I should go to te4 and talk about this?

I think I might be able to fix that on my end since an infinite loop typically has two points to be cut out. Good to know its ANY Thermal Expansion Block and not just the Lamps. ^^

Thank you. You are a very responsible person.

In addition, people on our server like this mod very much 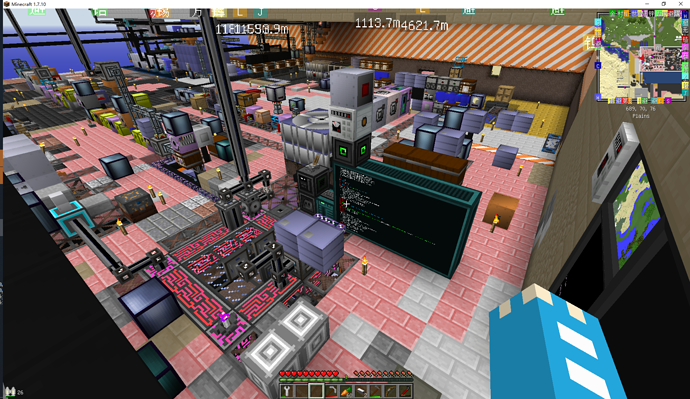 Thank you. You are a very responsible person.

You just wont believe how many Devs are not reacting to Bug Reports in any good way, and just ignore the garbage that happens, even though the fixes are trivial to implement on their end… And I am not even talking about Mod Devs, I mean ALL TYPES OF SOFTWARE DEVS!

So I tested it in my own World, and here is some fun findings:

So it should be an Issue on my end for sure. Might be the Opaque Block Detection for Redstone Transmission reacting to the Lamp that is somehow an Opaque Block.

I should mention that until the next Release is out, you can attach a Vanilla Redstone Repeater to the Wire (like a Cover) to make the Wire a One-Way Output resulting in the Thermal Lamp not being able to Loop the server to death anymore. So this might be a nice temporary fix for you. ^^

This also works with Redstone Torches but would invert the Signal.

Yeah I just wanted a simple one-way without additional delay, and the easiest way to do that was just slapping a Repeater on the Wire, instead of making yet another Cover Item. ^^"

There is a kind of thing called automatic crucible. Sometimes it needs some time delay to control the material delivery. Without the time delay, only the original repeater can be used. It’s not very beautiful.
0.0

If you wanna see if it works on your Server go ahead, but this is a Test Version, not a serialized Release.

This Version is exclusively for Testing purposes and absolutely UNPLAYABLE, the Download yields whatever work in progress I have, which might be very savegame breaking or even crashing on startup.

This Version should be working for you. ^^

(note 1: The scary sounding Description is only there to make sure people don’t use that Version lightly.)

(note 2: if you use this Version more often, make sure your Browser didn’t cache the Download)

Thank you. Actually I am using gt6u, not gt6, but gt6 does contain this bug. I will inform gt6u to use this beta to generate gt6u. ^^