Today I realized that chests suck. I thought of something between a drawer and a chest. I don’t know what this thing, basically a box with a door, is properly called in English: cupboard or shelf or whatever.

I decided to copy & modify gregtech/tileentity/inventories/MultiTileEntityDrawerQuad.java. By trial and error, It took me some time to get it to work somewhat

The problem is it works as expected only with certain inventory sizes. Here it’s 36: 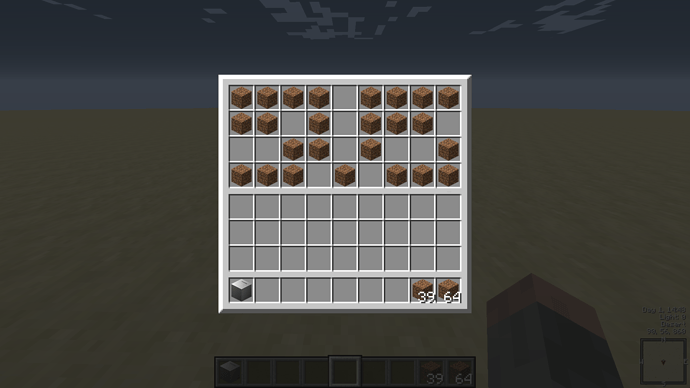 Strange GUI rendering with size 54 (that’s the one I want to use). Nothing can be moved in it by dragging, but with shift-click, which causes game to crash. 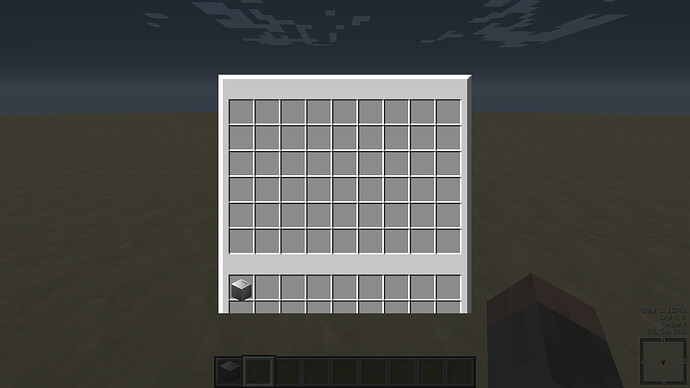 45 and 72 causes this missing texture or whatever it is. Items can’t be moved in it normally either, and doing so by shift-clicking causes a crash: 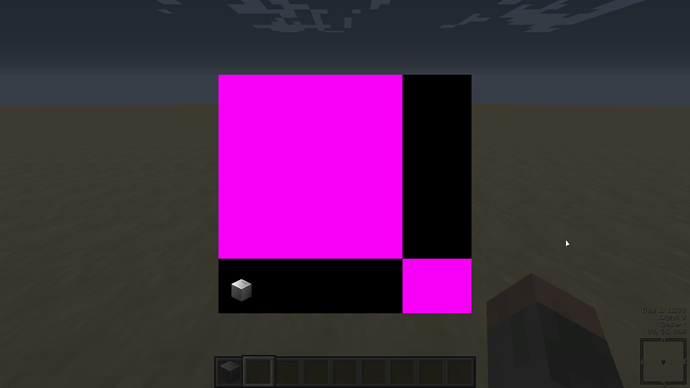 Could you help me and point to what’s causing the problem?

Here is the the code on pastebin.

And I hooked it in gregtech/loaders/b/Loader_MultiTileEntities.java:

Also, where can I find those crafting codes? So I can change recipe to something more meaningful.

Ah yeah the problem is Greg did not account for all possible Inventory Sizes. You will have to rewrite the GUI to get any Number of Slots that I did not plan ahead for.

HOWEVER! For the Doublechest Sized Inventory, I would recommend just copypasting the GT6 Chests GUI 1:1, it should for the most part work perfectly fine. ^^

HOWEVER! For the Doublechest Sized Inventory, I would recommend just copypasting the GT6 Chests GUI 1:1, it should for the most part work perfectly fine. ^^

I would like to, but I can’t even find what to copy-paste. I’m tired of this for today (having to restart MC after another compilation is time-consuming as hell); I will examine the code carefully and try it later on.

The MultiTileEntityChest is somewhere in the gregapi.block.multitileentity.example section. There should be somethign that returns a new GUI and something that returns Common instance, which both are needed to get it to work.