Is there a cover for pipes that acts like one-way valve? It can be done using a drum and pipes, but it’s too cumbersome.

Are you trying to do this dumb “just spam a ton of one-way covers to improve fluid pipe flow” things from old GT5 days?

I thought the whole reason to try and make fluid only go one way was reduce lag induced by sloshing, especially on stuff line nonuple pipelines coming out of a distillation tower.

Sloshing shouldn’t really lag, especially with a Distillation Tower that typically only runs until one of the Output Tanks is full. Also the sheer presence of Covers on a Pipe is more laggy than the Fluid distribution, since once any Cover is on it, it has to check if there is Covers on any particular Side or not, and if there is, it has to ask the Cover if it is allowed to go that way, at which point just moving the Fluid is easier than asking the Cover before moving it.

I wonder why people even bring up Lag with my GT6 Fluid Pipes considering it is absolutely impossible to even measure that Lag with anything. Opis sure as heck cant measure it, and neither can any other of those Lagfinder Tools, because the Pipes tick outside of ‘updateEntity()’, in order to ensure even distribution. You would need to use jvisualvm and at that point most people cant figure out how that even works.

Opis sure as heck cant measure it, and neither can any other of those Lagfinder Tools, because the Pipes tick outside of ‘updateEntity()’, in order to ensure even distribution.

I believe there’s a LagGoggles backport (or alternatively the Spark profiler) which also measures event handlers, assuming that’s where pipe updates happen. If it’s another thread entirely then either Spark or some servers’ thread dump debuggers will probably show it as well.

Yeah, laggoggles legacy does seem to work with greg machines. Haven’t properly tested it to be fair though so I can’t really say a lot about piping.

My Machines it WILL work for, its just the Fluid Pipes and a few other minor things that it wont work for.

Why do you think so? I don’t even know what you mean by improving pipe flow; I simply need a one-way valve, that’s all. As I said, I could use a drum to do so or a second pipe line, but I don’t want to.

But the Drum is the intended way? It is not really bulky to use it.

Oh right indeed they cant, though a one-way wont help you with Steam.

It is because it only outputs to its bottom side. Of course I could use pump, but that is too much.

It would be nice to have an appropriate cover or block for this purpose.

Or a smaller drum.

Oh right I forgot, try the Fluid Extender, that Block can probably do what you want if you wrench the facings the right way.

The fluid filter sounds like it could be used as a one way value. Maybe the tank extender too.

Nope the Filter cant really be used for One-Way.

We should have overflow valve, underflow valve, one way valve. Each one is a pipe with a drowned Elmo doll as the ball.

You mean the tank extender? Because I didn’t find the fluid extender. It didn’t work for me, anyway. The fluid just sloshes between these two pipes. 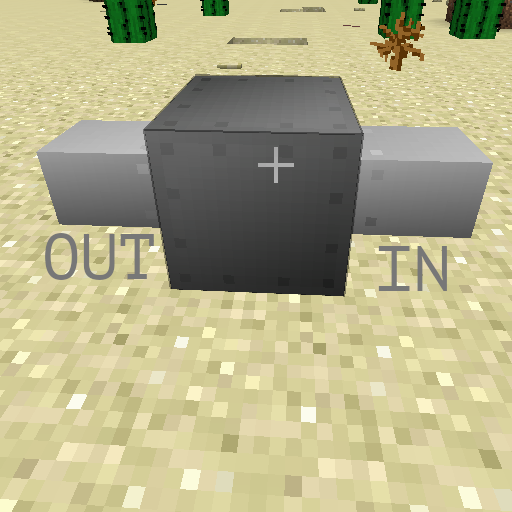 Use Monkey Wrench to put the secondary Facing PERPENDICULAR to the Pipes.