Hey, does anyone know any good modpacks for GT6? This GT6, the one developed by GregoriusT for 1.7.10. I’m curious what kinda modpacks there are. Open-minded to any kinds.

I heard of TerraFirmaRescue, which has GT6 and TFC.
Personally I prefer to install mods myself and hardly play modpacks.

Bears Den offers GT6 packs and other versions to play with.

I’ve heard of TerraFirmaRescure but had no idea it contained the original GT6.

Anyway, yeah, there is something special about choosing your own mods and configs and stuff compared to modpacks. I like playing both.

I tried some modpacks before, but I found it overwhelming to learn with so many mods together, many of which I never played nor investigated before. And I don’t dare editing configs or adding/removing mods, since I feel like it’s many sophisticated mechanisms (which I don’t have the brain to understand) organized together into some monolithic and delicate stuff.
Thus I prefer to explore and install mods myself, sometimes alongside playing (retrogen is such a good thing!), according to what I find to be needed.

I maintain Devouring Darkness, a really difficult modpack with many tuned QOL mods and horrifying survivial mods. Might not be the best for a first timer though. ;]

I actually already knew about it : P

Oh Greg, you know you always meant for GT6 to be enjoyed properly while starving in an underground cave while ravening hordes scrabble above you trying to tear out your throat. Five stars, would play again!

you can try the modpack i made, i try to make it stable there is not much customizations with it but i try to make one in the future GitHub - bioastroiner/BioTech-6---LP: GregTech 6 modpack i play on my youtube...

Wait a minute… “Bioastroiner”. That name is really familiar. 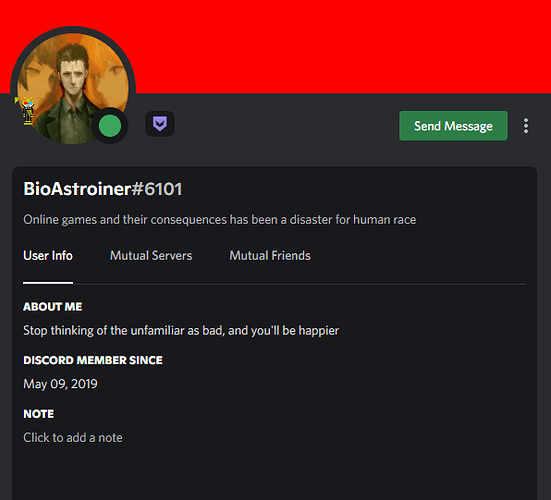 Anyway, will check out later